The 9/11 National Memorial Trail legislation, currently in Washington D.C., has been signed by President Biden. 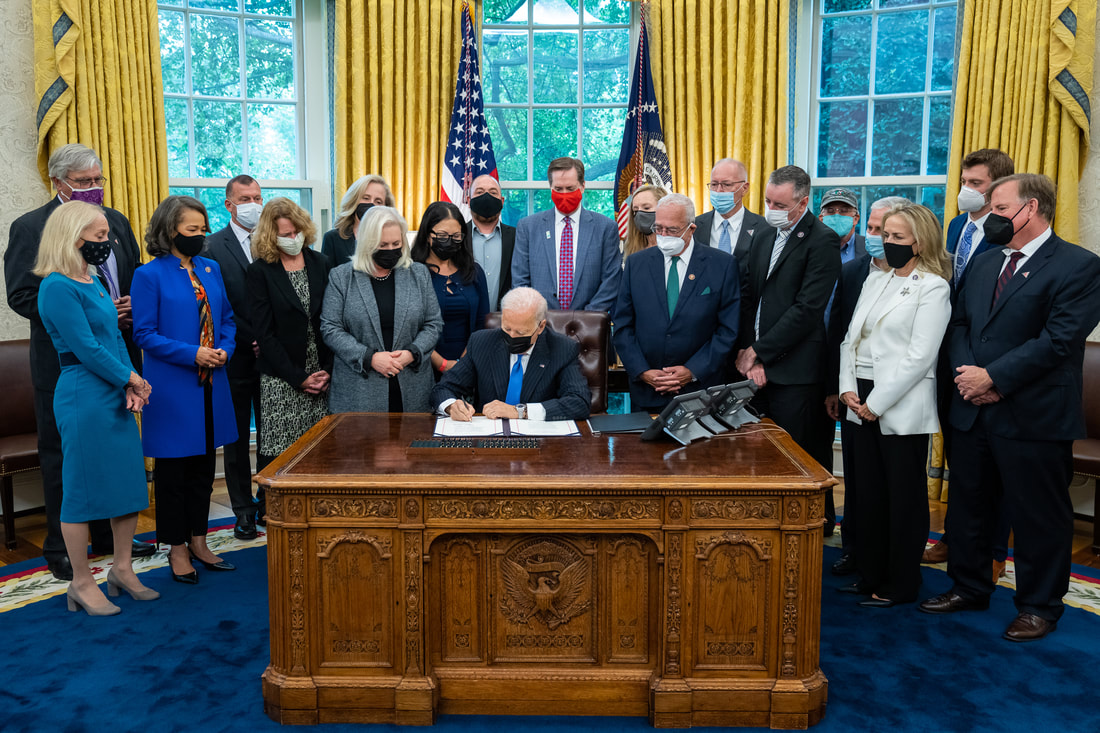 The 9/11 Trail is proud of the bipartisan contributions to the passing of H.R. 2278. In July, the bill passed 423-0 in the House of Representatives, and with unanimous consent in the Senate on October 1. The signing of this bill by President Biden is a monumental step in our vision of developing a trail that provides our country with a beautiful symbol of our nation’s resiliency, and will serve as a commemorative tribute to the fallen heroes of September 11, 2001.

This would not have been possible without the leadership of Congressman Gerry Connolly, and his staff, as well as the support of our chief
​co-sponsors Congressman Don Beyer (D-VA) and Congressman Brian Fitzpatrick (R-PA). The September 11th National Memorial Trail Alliance thanks all of you for your perpetual support throughout this legislative process.

“We’re very grateful for the immense support and bipartisan leadership from Congressmen Connolly, Fitzpatrick, and Beyer,” said David G. Brickley, founder of the September 11th National Memorial Trail Alliance. “20 years ago, I envisioned a federally designated 9/11 Trail that would commemorate that tragic day for future generations. Now that opportunity is here and we are truly appreciative and excited to see this legislative process unfold within the 20-year anniversary of 9/11. ”

“As our nation prepares for the 20th Anniversary of September 11th, we have a tremendous opportunity to create a lasting legacy that connects all three sites attacked that horrific day,” said Representative Connolly (D-VA).“The 9/11 National Memorial Trail will serve a particularly significant role—honoring the families and loved ones who were victims of the attack, and the heroes who saved countless lives on such a tragic day. I thank my colleagues Representatives Fitzpatrick and Beyer for their leadership, and the September 11th National Memorial Trail Alliance—especially my friend David Brickley—for their steadfast and unrelenting support of this project.”

full Text of H.R. 2278
Read More about this legislation