New activity through the region’s recreations spaces, its rivers – and even two of its busiest roads – provides reason for optimism across the Johnstown region in 2020, area leaders said.

While the past year has brought progress on routes 219 and 22, the region’s growing network of hiking and biking trails is expected to continue to make headlines in the year ahead across the region.

Meanwhile, more than a million dollars in efforts were announced to begin removing growth from Johnstown’s neglected river walls and, separately, reconnect the community to its waterways with a riverside park.

And across the Johnstown area, a growing wave of volunteer “change-makers” has been working to build on that momentum.

Paths such as the Ghost Town Trail, The Path of the Flood Trail and Great Allegheny Passage have drawn attention – as well as hikers and bikers – to the area for years.

But efforts bringing the September 11 National Memorial Trail through the heart of the Cambria-Somerset region has stirred plans to connect or extend existing paths and add new spurs such as the Iron to Arts Corridor through Johnstown’s business district.

“I’m optimistic about the network of trails we’re building here that are bringing people to our region,” Cambria County Conservation and Recreation Authority Director Cliff Kitner said. “The big picture is the 9/11 Memorial Trail that will go right through the Johnstown area – and the efforts underway on trails like the Path of the Flood and Ghost Town Trail – will make the area safer for bike and pedestrian use.”

The region’s outdoor offerings attracted outside attention this fall.

The American Trail Running Association, a Colorado-based nonprofit, highlighted the Johnstown area as a “bucket list” stop for trail-running enthusiasts, citing its scenic mix of wooded and urban pathways, including the Ghost Town Trail, Path of the Flood Trail, Jim Mayer Riverswalk and Laurel Highlands Hiking Trail, among others.

“Outdoor recreation has become a major focus in the area, and visitors are traveling from near and far to enjoy the (region’s) lakes, rivers and trails,” trail writer Richard Bolt wrote in a story posted on the association’s Trailrunner.com website. “Revitalization efforts are in full swing as residents, local organizations and nonprofits are working to make Johnstown a top destination to live, work and play.”

Efforts have been underway over the past year to complete extensions from the nationally recognized Ghost Town Trail into a full loop, with the latest rail-trail extensions completed through Revloc and, further west, Nanty Glo.

The achievements don’t end there. Over the past year:

• Efforts have begun to extend the Path of the Flood Trail through Woodvale.

• Through the former Stineman coal pile reclamation project, plans are in place to extend the northern end of the Path of the Flood Trail toward the former South Fork Dam that flooded the area in 1889.

• Grassroots efforts by a Vision 2025 capture team continues to expand hillside hiking and mountain-biking trails alongside the historic Inclined Plane.

Some of the region’s trail networks, The Path of the Flood included, are already marked as segments of the envisioned 1,300-mile 9/11 National Memorial Trail, which is set to extend from New York City’s World Trade Center site to the Pentagon and the Flight 93 National Memorial site near Shanksville.

As planned, the trail would head north from the Great Allegheny Passage and then travel through Garrett Borough, the Flight 93 site and Windber area before making its way through Greater Johnstown and the Route 22 corridor.

“Overlooking the sunset view of the Conemaugh Gap, you can’t help but be optimistic that this area will experience a rebirth fueled by the beauty of our natural resources,” Chan Soon Shiong Medical Center President Tom Kurtz said.

In downtown Johnstown, site work on Washington Street was already underway this fall to make way for the first phase of the Iron to Arts Corridor walking path and bike lane that will be added in 2020.

Envisioned as a 2-mile corridor that will connect the city’s historic landmarks and modern art initiative, Iron to Arts will span from Old Conemaugh Borough to Cambria City. Once complete, the multi-million dollar project will guide walkers, hikers and bikers through the downtown and the illuminated Stone Bridge and down Iron Street, where the Center For Metal Arts and other businesses are filling onetime Bethlehem mill spaces.

“All of us are moving it forward with the same goal in mind,” Cambria County Redevelopment Authority Executive Director Renee Daly said, noting that with local entities such as Gautier and the Bottle Works investing in their own neighborhoods along the corridor, the partnership has been able to obtain state support to move the broader goal forward.

But it’s not just the region’s leaders who are working together.

Through a broad Vision 2025 effort, hundreds of the region’s residents have been spearheading projects to capitalize on Johnstown’s strengths, public spaces and natural resources.

Since 2016, efforts by individual “Vision Together” capture teams have pumped in an $18 million cash investment into the city, according to project coordinator Ryan Kieta.

Over the past year, efforts by some of  the area’s 110 teams launched Gallery on Gazebo, a tea shop, art and event space downtown; added markets and other events to draw crowds to the business district; and spearheaded an effort to revitalize the city’s steel industry-inspired James Wolf Sculptures.

Other efforts remain ongoing to create community gardens and colorful “green spaces” within neighborhoods, bring the people who live within those neighborhoods closer together and train future leaders.

Every success is another milestone. But it’s the growing group of area residents and business owners driving that change that has Community Foundation for the Alleghenies Executive Director Mike Kane most optimistic.

“Through these capture teams, we’re seeing an alignment in Johnstown that we really haven’t seen before – especially among the younger generation. People working from the same playbook, pushing forward … making action happen,” said Kane, whose foundation has supported Vision 2025 since its inception four years ago.

“The region is working hard to reinvent itself,” Kane said, “and a lot of people get it now.”

For many years, problems, rather than promise, saddled the region’s rivers and roads.

But thanks to years of cleanup efforts on the region’s waterways across the area – and progress on routes 22 and 219 – there’s new hope, area leaders said.

Gains from acid mine pollution remediation work has been luring kayaking, rafting and river-tubing enthusiasts to the area for years, particularly the Stonycreek River south of Johnstown.

Now, several projects are aimed at reconnecting the city itself to its rivers. The movement has included sessions with experts in the field to brainstorm ways to make it happen and ongoing discussions with the Army Corps of Engineers on modern flood-control updates.

In November, $225,000 in state funding was received to build a riverfront park – currently called “The Sliver” –  near the base of the Inclined Plane. The site would feature a boat launch, fishing pier and trail connections.

The city of Johnstown and Cambria County Transit Authority acquired funding over the summer to begin design work on the park, with the effort expected to move toward construction next year, project partners have said.

“We’re all working together on these projects,” Daly said.

Meanwhile, funding was acquired this fall to begin removing five acres of vegetation – shrubs, trees and other potentially river-clogging debris – from a mile-long stretch of the Stonycreek River channel that has been protecting Johnstown for generations.

The project is expected to be the first of several phases of work needed to clear sedimentation and vegetation along the corridor.

On the region’s busiest road, there has been activity as well: Two new outpatient health centers – one by Conemaugh Health System and the other by UPMC, and new commercial development, including Aldi Food Market and restaurants such as Starbucks and Kentucky Fried Chicken – have opened alongside Route 22 in Cambria Township since fall 2018.

Much of the new development has occurred near the road’s intersection with Route 219.

Further south, work on Route 219 in Somerset County has officials from both Cambria and Somerset counties hopeful.

A year ago, 11 miles of limited-access highway opened, extending the four-lane stretch of highway from Somerset to Meyersdale. It was the largest extension of the road in decades.

Maryland has started work on a $61.5 million, less-than-two-mile stretch of the same road from Interstate 68 to the Pennsylvania state line – a project expected to wrap by mid-2021.

In October, Maryland state transportation officials reached out to PennDOT about co-applying for the federal dollars needed to develop the final eight miles of highway.

“I’m hopeful the first part of the year will show increased traction on completing Route 219,” he said.

Chernisky said progress would be a victory for the region.

“We have a lot of optimism for it,” he said. “And we’re going to continue to support that connection to Interstate 68.” 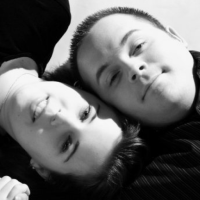