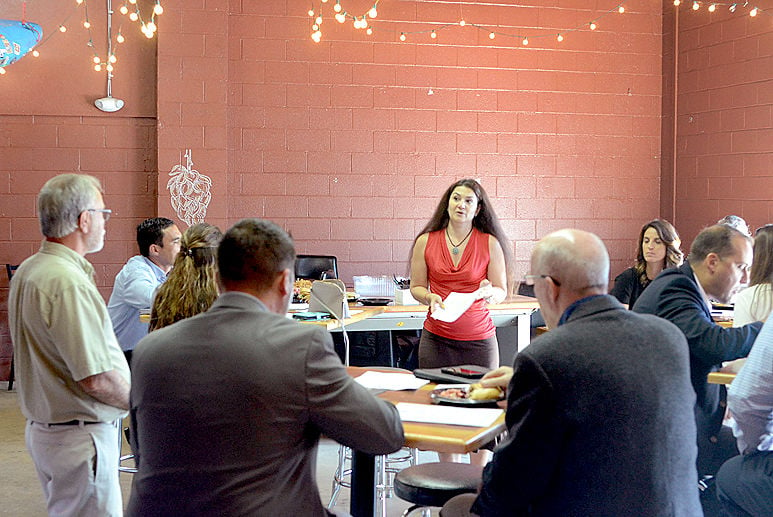 For a century, Johnstown has ridden the highs and lows that have come with its “Flood City” nickname.

At a time the city is seeing a rebirth downtown and outdoor hiking, biking and paddling opportunities growing at a rapid pace, a group of community leaders envisioned harnessing it all under a new, catchy brand during a project update-style LIFT Johnstown “stakeholders” meeting Thursday.

“The flood story is an important part of our region’s history, but it’s not the only thing this area has to offer. And when you see all of these things happening – the mountain bike trails, Greenhouse Park updates and Coal Tubin’ – it highlights how much this area is becoming a destination,” said Debra Orner, vice president of the Cambria Regional Chamber.

LIFT’s meetings are held several times throughout the year to give area economic development leaders, elected officials, nonprofits and grassroots change-makers a chance to update one another on efforts underway to improve the region.

Thursday’s meeting at the recently opened Stone Bridge Brewery served as a chance for them to discuss recently carved mountain bike trails alongside the Incline Plane, ongoing plans for a zip line system there and a riverfront park.

LIFT Johnstown Coordinator Brad Clemenson highlighted work on a Quemahoning Reservoir bike loop project and separate efforts to link the region’s growing series of trails together as part of a high-profile stop on the September 11 National Memorial Trail.

The chamber and several local tourism-focused partners are in the earliest stages of an “umbrella approach” effort to better market all of the region’s attractions to a nation of potential tourists, Orner said.

The chamber is in discussions with a nationally recognized Arizona-based consultant that has developed “brands” for well more than 1,000 communities across North America, aiming to have the group look at the region with an outside set of eyes to help develop a marketing plan to bolster the region’s already-healthy tourism industry, she added.

“Right now, we’re really just in the beginning stages, but this is all about driving more people to shop, eat and stay here,” Orner said.

He’s worked for years to support initiatives geared toward transforming Johnstown into a vibrant mountain town – and noted that in some ways, image is everything.

If the region doesn’t brand itself, the problems that tarnish many of the country’s recovering rust belt towns will continue to do it, Clemenson added.

“We’re in position to become … a hub on the 9/11 trail. And we have to make sure that people riding their bikes from these national memorials know this is one of the places they’ll want to stay for a few days,” he said.

Efforts to battle blight, a West End gateway park project alongside Route 56 and the recent groundbreaking of a UPJ to Richland Town Center nature path were also among a list of ongoing projects briefly discussed.

Langerholc praised the community’s stakeholders for the inroads being made.

“There’s so many dedicated people in this region, working together on a shared vision  in a way that’s really unprecedented here,” he said.