Gill: The proposed Essex-Hudson Greenway would create a bike/walk path from Montclair to Jersey City, helping commuters to reach Manhattan. 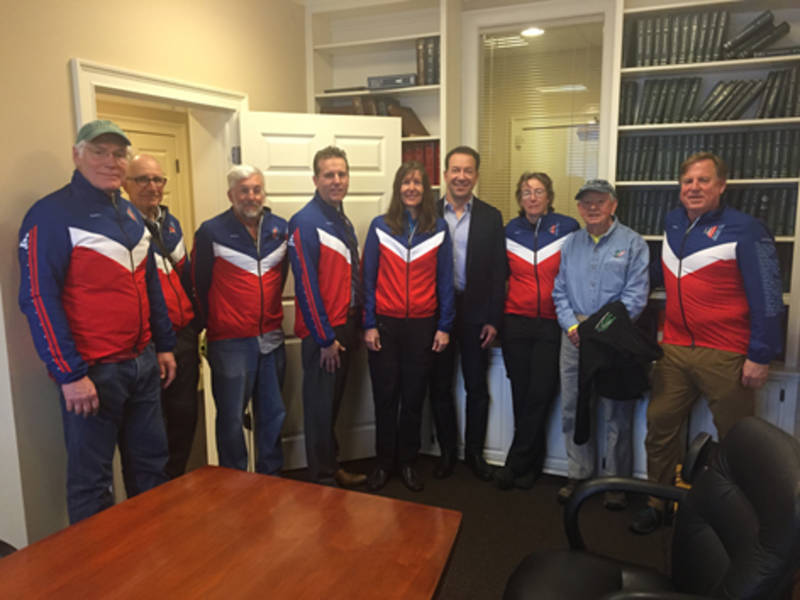 ESSEX COUNTY, NJ — If the long-heralded Essex-Hudson Greenway eventually becomes a reality, it may become an important segment on the September 11th National Memorial Trail, proponents of the project say.

The partnership represents a significant new push for the proposed Essex-Hudson Greenway project, which would create a “rail trail” from an out-of-service rail line which runs from Montclair to Jersey City that hasn’t been used since 2002. (Learn more about the proposed project here)

Also, as the entire distance to Jersey City is only 11 miles, the greenway would provide a way to ultimately reach Manhattan (via PATH train or ferries) and points in northern New Jersey (via Hudson – Bergen Light Rail) for those who would like to commute by bicycle, Gill stated.

“The NMT is a 1,350-mile trail that connects the three crash sites: Ground Zero, the Pentagon, and Shanksville, and at this time is 47% off-road. The Essex-Hudson Greenway, which is proposed to go from Montclair east to Jersey City using a currently out of service right of way, will co-align with the Memorial Trail through the two counties and seven municipalities along the route. The NMTA will partner with the NJBWC to develop it into a shared use path for walkers, joggers and bike riders.”

For the project to become reality, however, the line would have to be purchased from its owner, the Norfolk Southern Corp., whose representatives have been icy about the idea and have contested the claim that the tracks are “vacant,” North Jersey.com reported.

Recently, representatives from NJBWC and 911 NMTA took a break from cycling the full 1,350-mile 911 NMT route to visit Freeholder President Gill in Montclair and discuss the proposed greenway.

Hamilton said that 16 percent of the population of New Jersey would benefit directly from the proposed trail being built.

“The impact on quality of life, health, and economics, along with the chance to remind people both young and old about the tragedies of September 11th, 2001, make this an amazing opportunity,” Hamilton said.

Gill said that he and the NJBWC have worked to generate support for the project throughout the 11-mile alignment, including with the Friends of the Ice & Iron Rail Trail, Bloomfield Open Space Fund, Bike & Walk Montclair and other stakeholders along the route.

“There are tremendous health, economic and environmental benefits to creating new cycling and walking opportunities in Essex County,” Gill said. “This collaboration with the 911 National Memorial Trail Alliance will not only serve as a fitting tribute to the innocent lives we lost in the 911 terror attacks, but also take an important step in the development of the Essex-Hudson Greenway. It’s an honor to partner with the 911 NMTA on this important project, and I look forward to continue finding new ways to make our communities more bike and pedestrian friendly so together we can enjoy a brighter, healthier, and safer future for all of Essex County.”